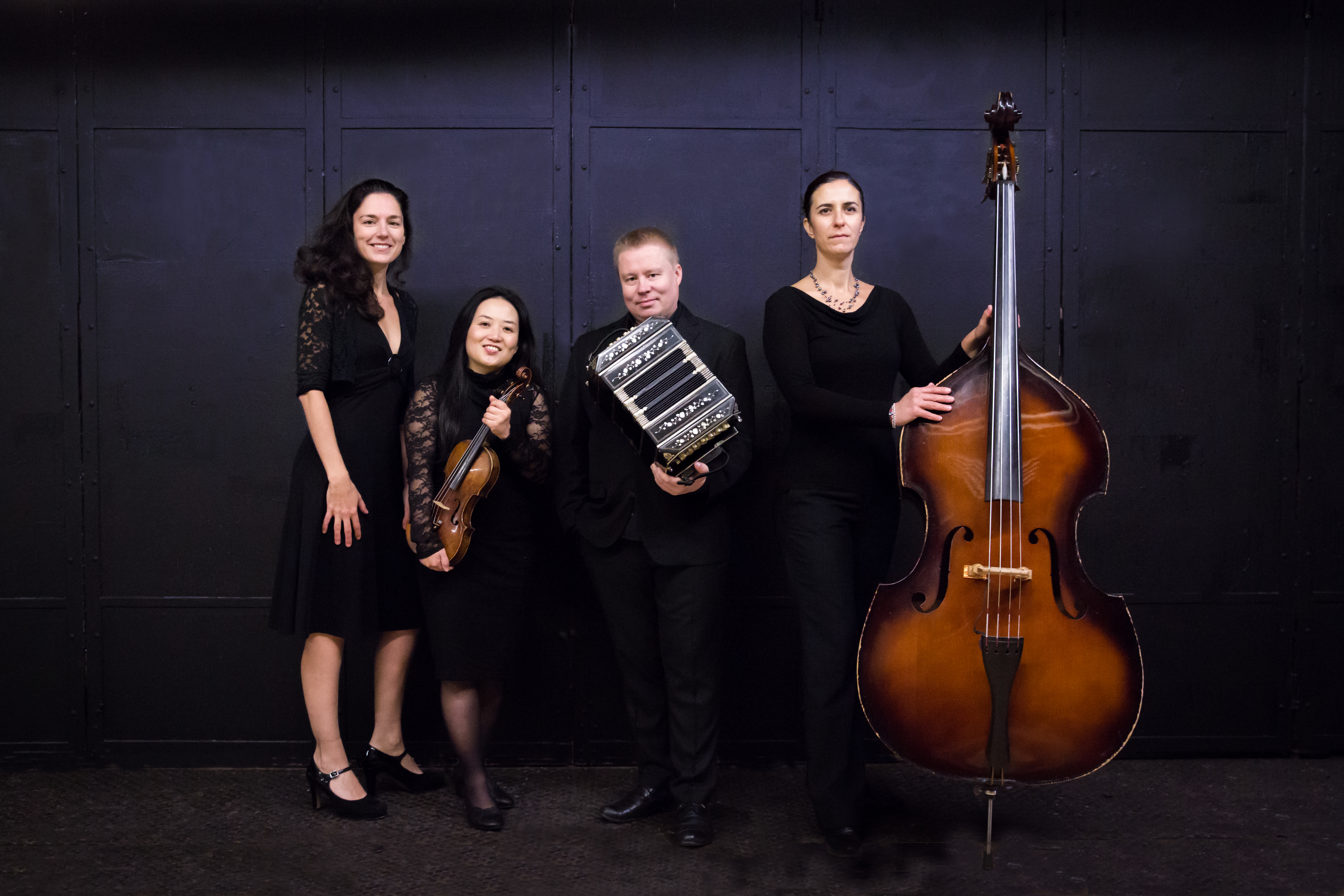 An international tango quartet based in Belgium. To share their passion for tango music the musicians of NoEsTango! gathered together first in 2011 around a tango project in Liege, Belgium, and the band was born three years later in 2014. All from different countries and musical backgrounds, they have come together to resent an authentic passionate interpretation of Argentinean tango music in different styles from traditional to modern. They have been performing actively ever since in various venues around Europe with exciting contemporary tango repertoire for the concert venues, as well as a wide selection of traditional danceable tango music for the milongas.

Internationally renown Finnish bandoneon player and tango musician Ville Hiltula has been performing widely all over the world including Argentina, USA, Japan, South Korea, Russia, and most of the European countries such as Netherlands, Belgium, Luxemburg, France, Germany, Spain, UK, Ireland, Denmark, Sweden, Finland, Estonia & Bulgaria. He has collaborated with many renowned tango artists such as Carel Kraayenhof, Ryota Komatsu, Gustavo Beytelmann, Victor Hugo Villena, Roberto Alvarez y Su Color Tango, Pablo Agri, among many others, and played with pop groups Blof, El Juntacadáveres and Nuspirit Helsinki. He is the founding member of tango ensembles such as Ville Hiltula Quartet, Tangueros Polares, Tangueros Articos, NoEsTango!, Tanguarda, El Orillero, Quilombo Tango and contemporary tango ensemble Perrito Caliente. He also played 10 years in internationally renowned tango group Carel Kraayenhof y Su Sexteto Canyengue between 2005-2015, and recorded two albums with them, Tango Heroes in 2008 & Compassion in 2010. He played as a soloist in two different productions of Astor Piazzolla`s tango opera Maria de Buenos Aires, in Cork Opera House in Ireland in June 2013, and also in Belgium during the season 2005-2006 together with Musiques Nouvelles ensemble with various shows around Belgium and a studio recording of the complete opera which was published in 2016. Ville also worked together with Aurelia Saxophone Quartet and the Argentinean pianist Juan Pablo Dobal in the project called Nuevo Encuentro and made an album with them called Tangón in 2006. During the season 2012-2013 Ville were touring widely all over the Netherlands together with Scapino Ballet Rotterdam performing a modern version of Romeo & Julia. He also performed with the Bulgarian ensemble Quarto Quartet in Sofia, Bulgaria, in two different occasions in 2012 & 2014. Ville has played with The Hague Philharmonic Orchestra, The Dutch Radio Philharmonic Orchestra, Amsterdam Sinfonietta, Chamber Orchestra La Tempesta and Kristjan Järvi and his Absolute Ensemble. He has performed in various big concert venues around the world such as Concertgebouw (Amsterdam), De Doelen (Rotterdam), Muziekgebouw (Amsterdam), House Of Music (Moscow), Bulgaria Hall (Sofia) and Barbican Center (London), among many others. He has also various TV performances. Ville has also had the priviledge to perform twice for the Dutch Royal Family and once for Dalai Lama. Ville has also been teaching a lot actively for many years by giving private bandoneon lessons and coaching various different tango ensembles. He has also been giving masterclasses for  bandoneon and Argentinean tango at the Royal Conservatory of Liege in Belgium in June 2011, and also at Sibelius Academy in Helsinki, Finland, in November 2014 and January 2016. In January 2015 he became the first person ever to become a part-time bandoneon teacher at the Sibelius Academy in Helsinki, Finland. More information can be found from his website www.villehiltula.com

Shiho Ono grew up in a musicians family in Auvergne, France, where she started the violin at the age of 6. After graduating from Chicago College of Music with Yuko Mori, she moved to Japan, where she became a member of the Nagaokakyo Chamber Ensemble. Her pursued interest in historical performance and baroque music led her way back to Europe, where she graduates with the highest honors from the Liège and the Bruxelles Royal Conservatories in pedagogy and baroque violin. Nowadays She´s performing actively with various chamber and orchestral ensembles in Belgium, France and The Netherlands, such as Les Agremens, BˆRock, Insula, Silberman, among many others. In 2012, Shiho performed the Mozart G major violin Concerto with Ensemble Nuove Musiche. In October 2017, she recorded the Cantatas of Bernier and the dance suites by Mouret. Currently she is a member of Quartet A4, Ensemble 21, and teaches at the Eupen Music Academy in Belgium. She´s one of the founding members of NoEsTango!

Anke Steenbeke started her piano studies at the age of 8. At the Academy of Music and Speech in Eeklo, Belgium, she took piano courses with professor Lieve Vossaert. After nine years she decided to evolve her passion for piano at the Conservatory of Ghent. With her mentor Johan Duijck she has specialized in classical piano music. In 2007, Anke graduated with honors. Since then she has been active as a piano teacher and accompanist at the Academy of Music and Word in Tielt. She is a freelance accompanist for choirs, soloists and ensembles. To increase her knowledge, she´s been taking several master classes with Jan Vermeulen, Levente Kende and Jean-Claude Vanden Eynden, among others. In addition to her passion for the classical piano music, Anke is also very much intrigued by Argentinean tango music. During her search for new influences she moved to Netherlands where she did specific tango piano studies at the Codarts Conservatory in Rotterdam. She followed specialized courses with masters of tango music, including Gustavo Beytelmann, Nicolas Ledesma & Cristian Zarate. In 2014 she completed her studies at the Tango Department of the Codarts Rotterdam Conservatory with excellent marks. She is a member of several tango groups such as tango quintet LocosLindos, Roffa Tango Trio, Orquesta Típica Bélgica, Sonico and NoEsTango!. Anke is currently teaching piano and performing actively around Europe. She has performed in many prestigious concert venues and events such as the Amsterdam Concertgebouw and the Cumbre Mundial del Tango in Buenos Aires in Argentina. With Roffa Tango Trio, she was laureate of Supernova, a contest by Radio Klara.

Born in Bulgaria, Hristina Fartchanova started playing double bass at the age of 7 in her native town Veliko Tarnovo. She followed her secondary education at the Music college of Pleven. Hristina´s will to achieve higher levels of playing led her to Brussels in Belgium, where she studied with Christian Vander Borght at the Brussels Royal Conservatory and graduated with the highest honors in 2004. The same year, she was hired by the Liege Royal Philharmonic Orchestra as a principal double bass player, where she´s been working ever since. Fond of tango music and tango dancing, she joined NoEsTango! in 2014 with the great enthusiasm to share her passion. She´s one of the founding members of the group. 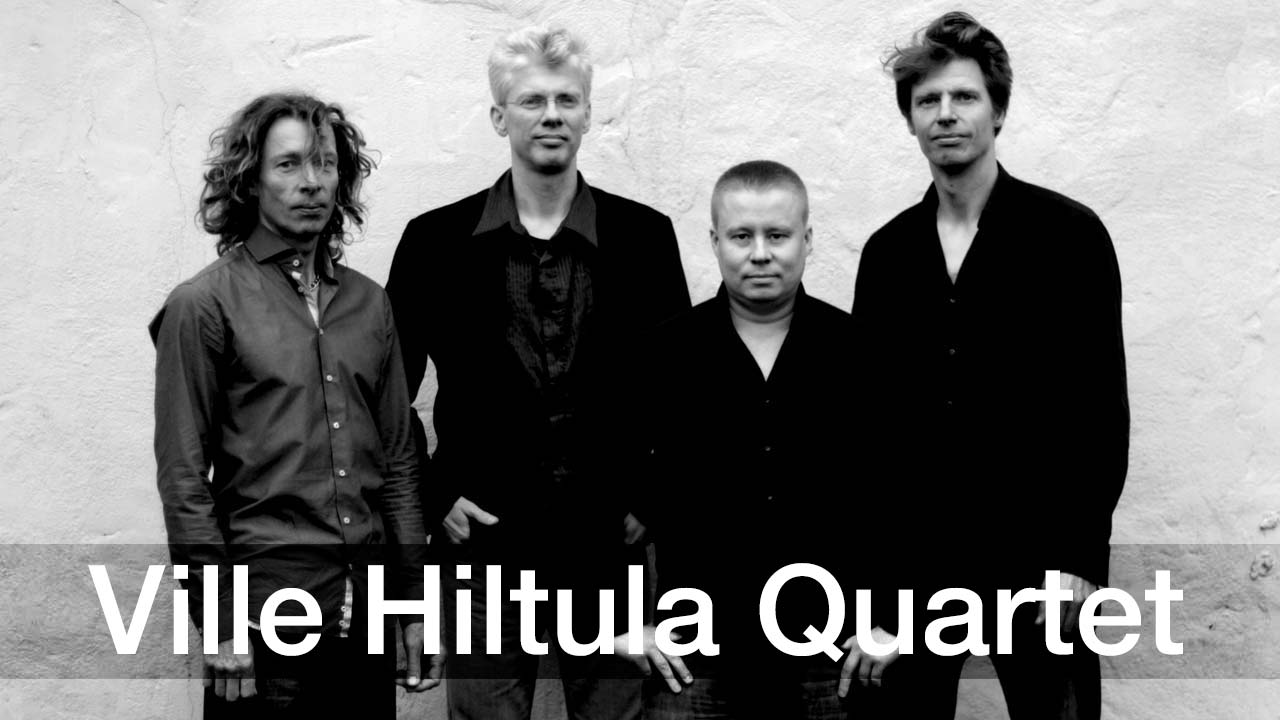 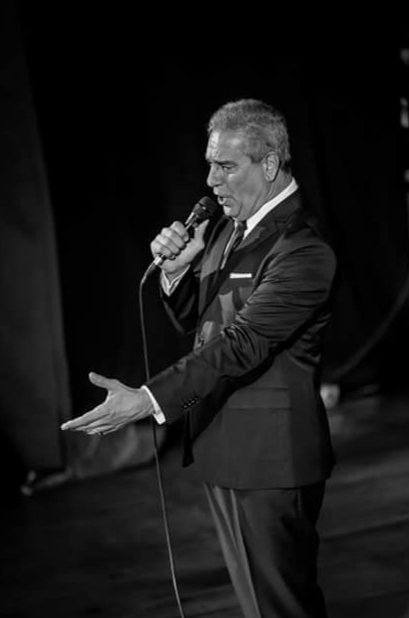 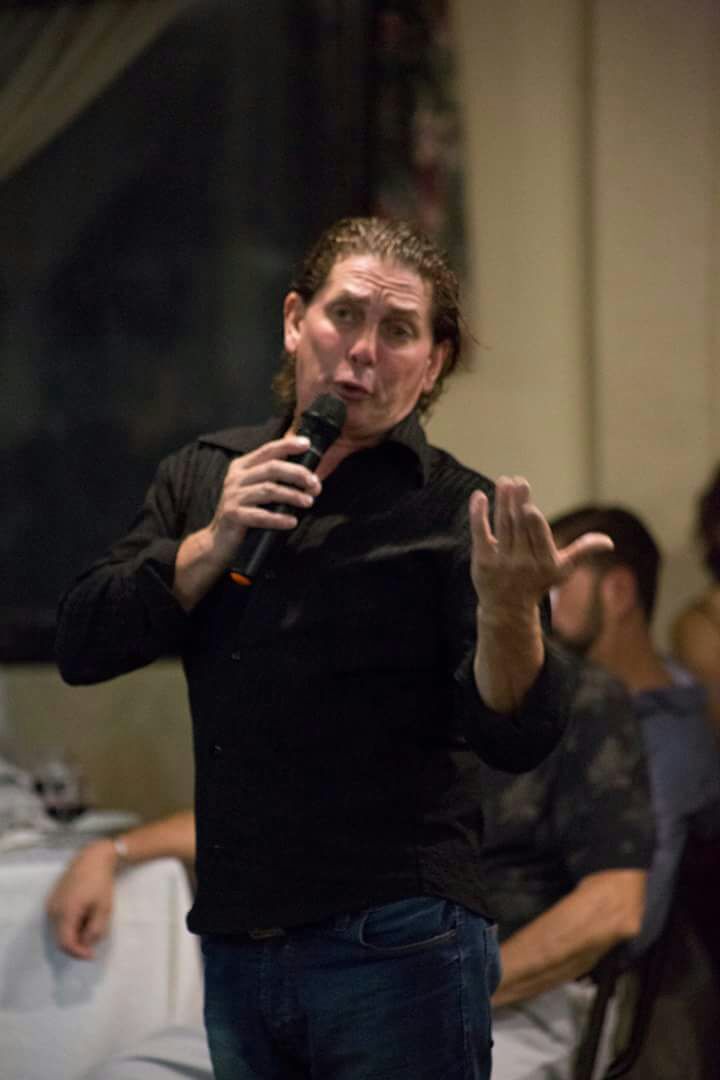 ANTWERPEN TANGO FESTIVAL NEEDS YOUR HELP to be able to continue!

THIS SOLIDARITY AID IS TO BE ABLE TO CARRY OUT THE 2021 EDITION.

In a world like the one we had until a few months ago, this weekend the city of Antwerp would be DANCING TANGO WITHOUT STOPPING !!! With 3 Argentine orchestras, 5 top couples of teachers and dancers !! and also classes, barbecue, Official Championship, 10 Djs, Live Shows.

But no, the COVID-19 did not allow it. However, the organization invested € 6,000 in web and flyer design, flyer printing, secretary hours, magazine advertising, and all this without counting our invested working hours. The festival does not have financial support from No one, and because of the quality of the Festival we do, never gave a profit, always a loss. This was not a big problem until today because we, Anibal and Valeria, were the only sponsors and covered the losses, but this year it was a more serious problem since we could not do the 2020 edition. We cannot give our classes either on a regular basis and we have the expenses that we made until today.

That’s why we carried out this aid campaign to raise this money and continue with the 2021 edition.

Collaboration is at will. You can help us with 10, 20, 50 or 100€ or whatever you want. Every euro is helpful to be able to do this magnificent Festival again. If your help exceeds € 50, WE WILL RELEASE YOU A T-SHIRT with an exclusive design of an UNFORGETTABLE YEAR!!! We have male and female models in white or black.